I am inching forward on my fantasy comic. Some rough pencils and some writing. I need to apply myself more vigorously to it. In the mean time here is stuff I have been drawing in my sketchbook.

I found photos of women from the 1920s with wavy hairstyles. I love when I find groups of photos like this that have a real variety of faces. I’m assuming these were from my go to website for old timey photos these days Vintage Everyday. 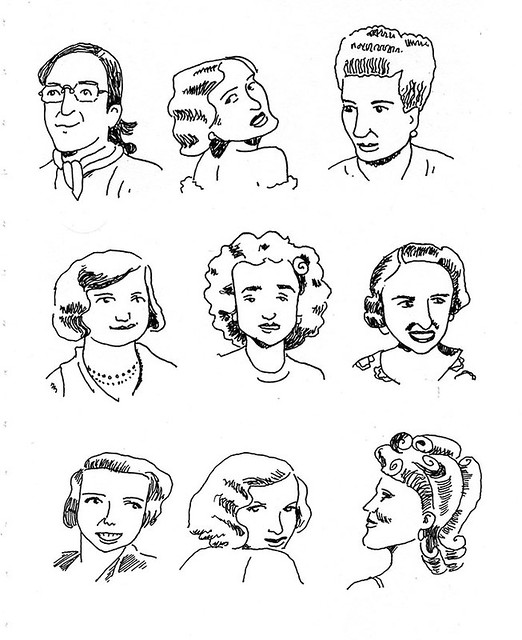 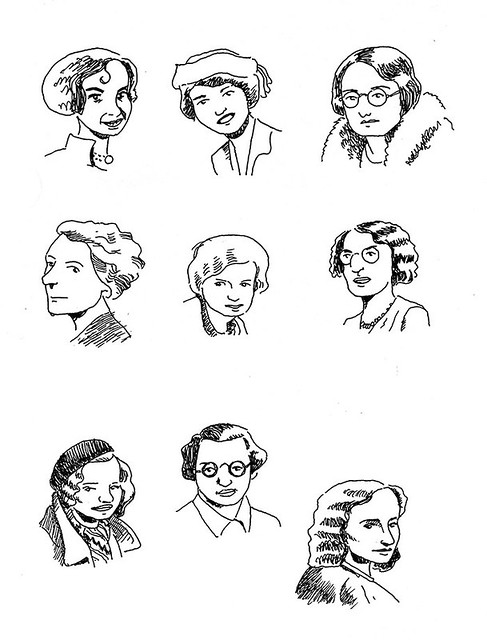 I did this drawing of Albert Hofmann, the fellow who discovered LSD, on his birthday. 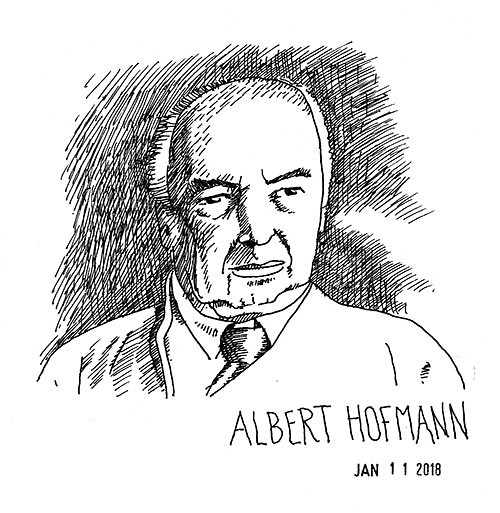 I was doodling Popeye characters and somehow ended up filling a page with Wimpy in a psychedelic burger fugue. This weekend the Popeye movie is playing at the Cinematheque, but the timing isn’t good for me. 11am the morning after a comic jam? 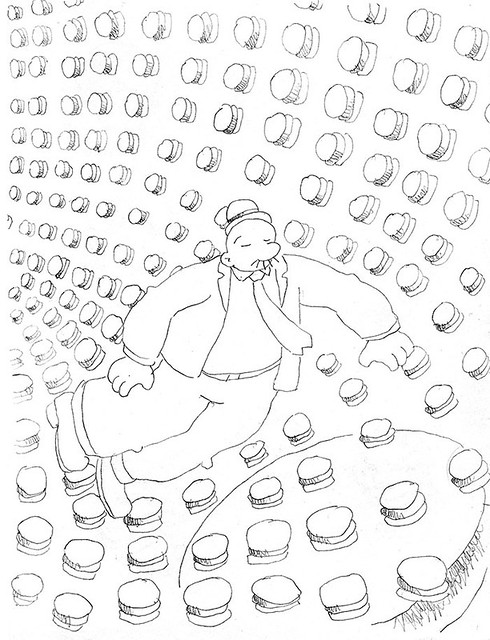 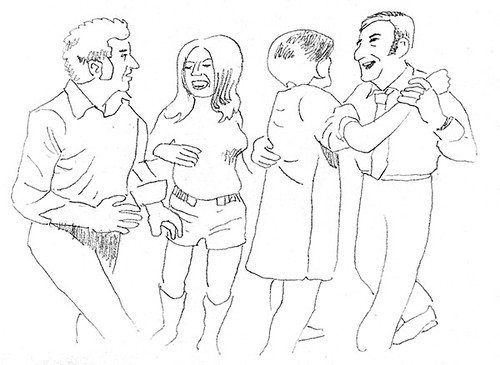 And more. Women of the French Resistance in World War Two. Fighting Nazis! The ones in the second picture have grenades on their belts! 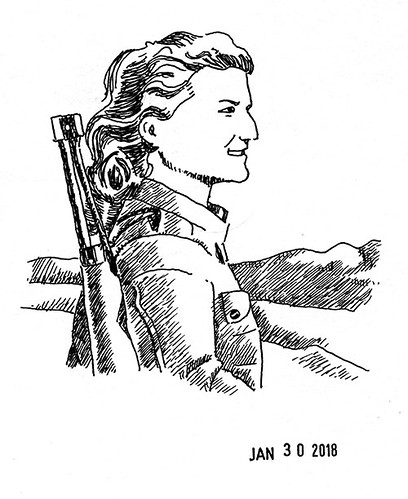 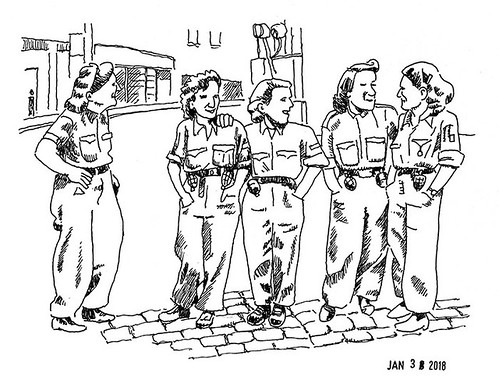 I guess mostly I feel like drawing people from old timey photos lately. These were men on postcards wearing fancy costumes. 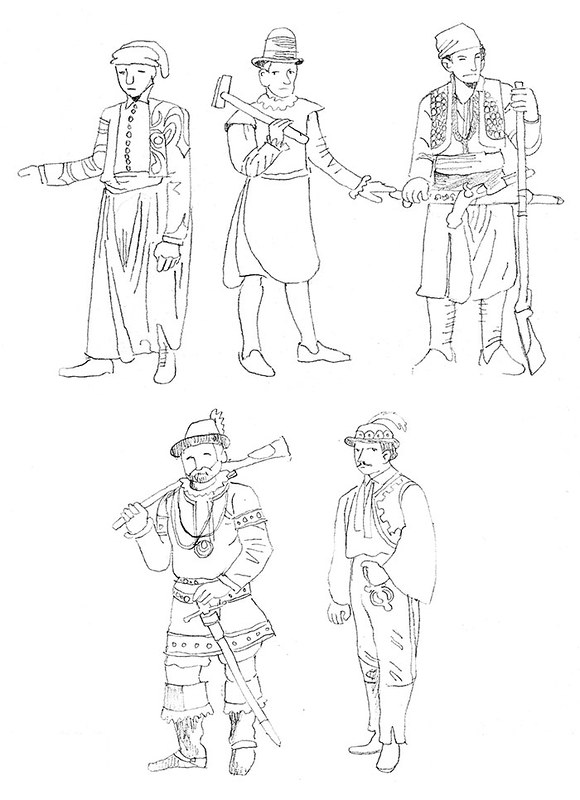 And here is an actress Mary Nolan, from some time in the past. Oh probably almost 100 years ago! I still have trouble believing we are 18 years into the 2000s. 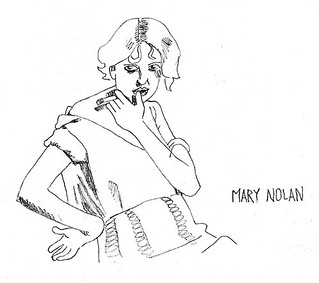 And here are some women from the Humanae Project. 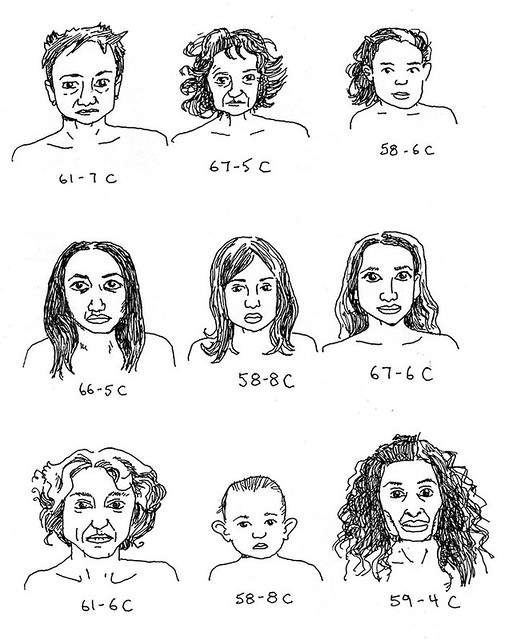 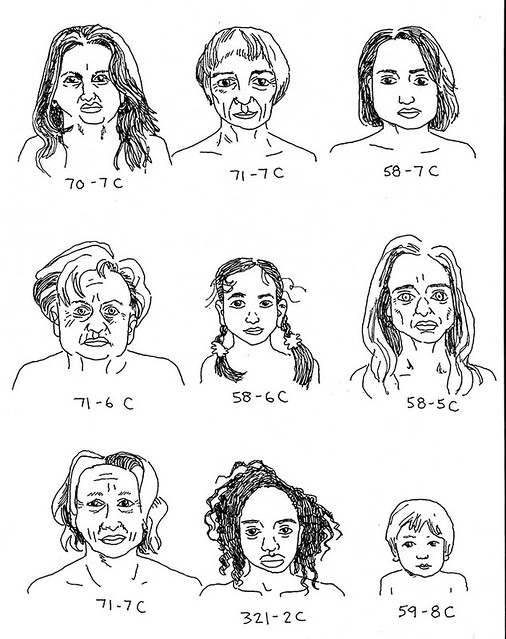 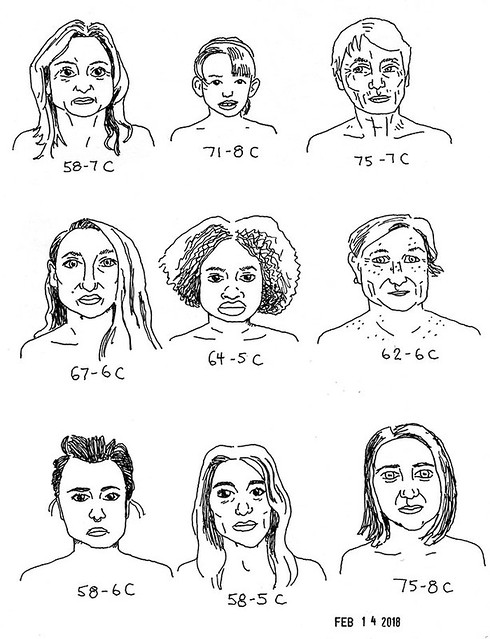 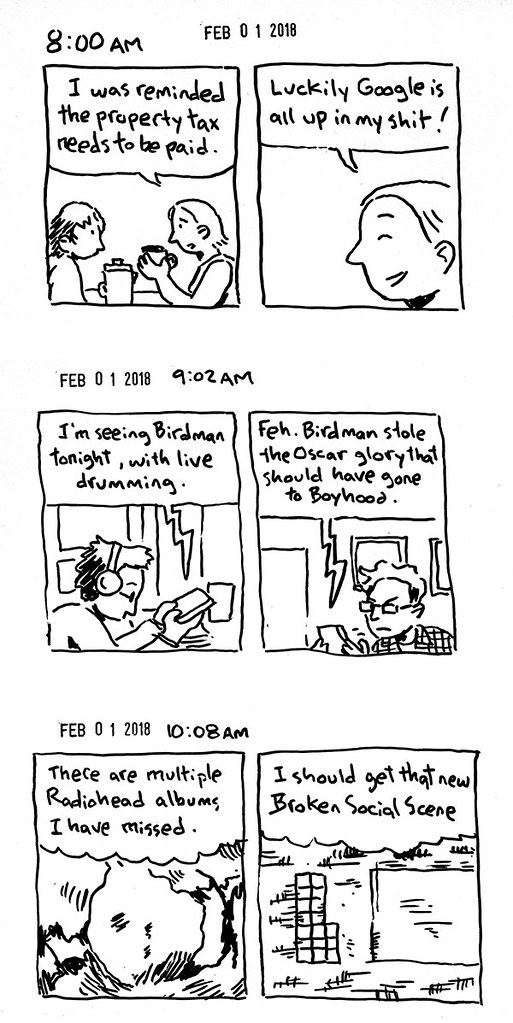 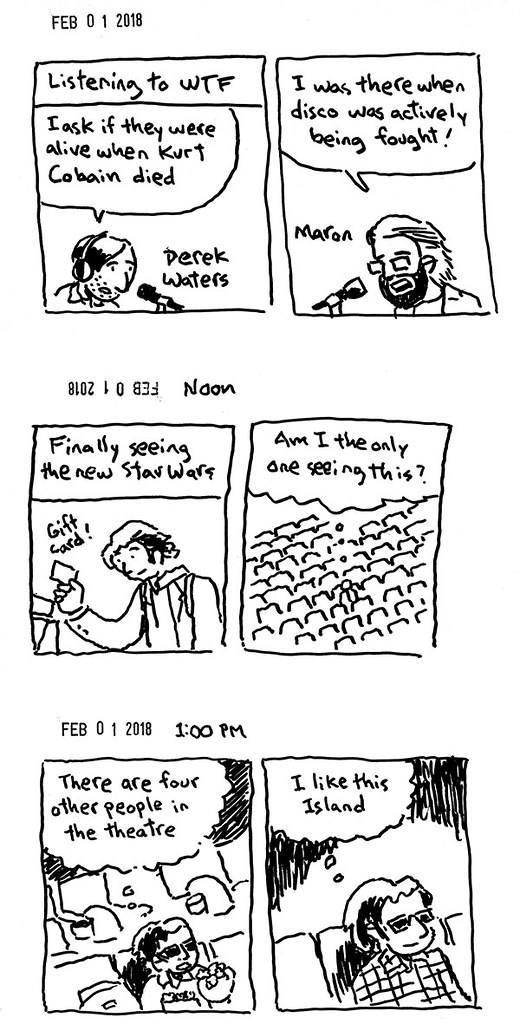 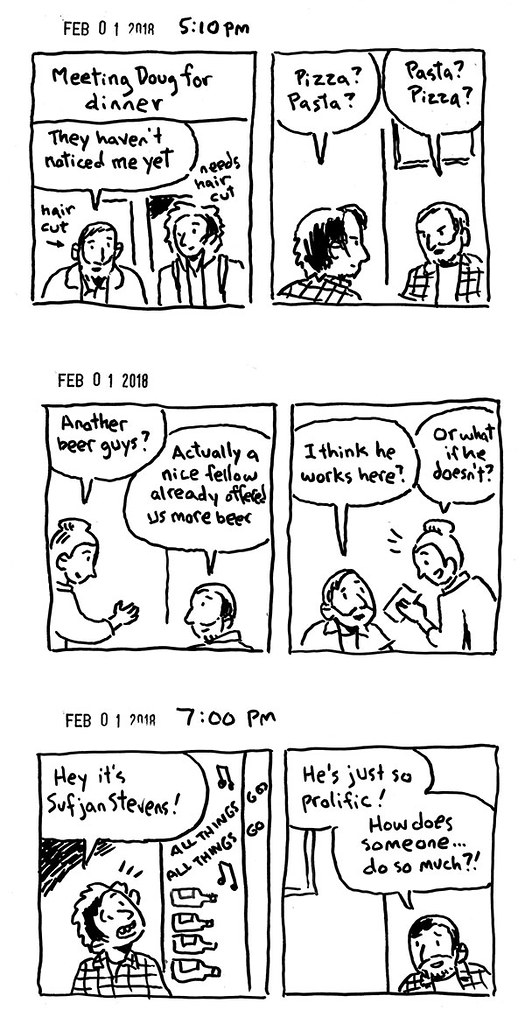 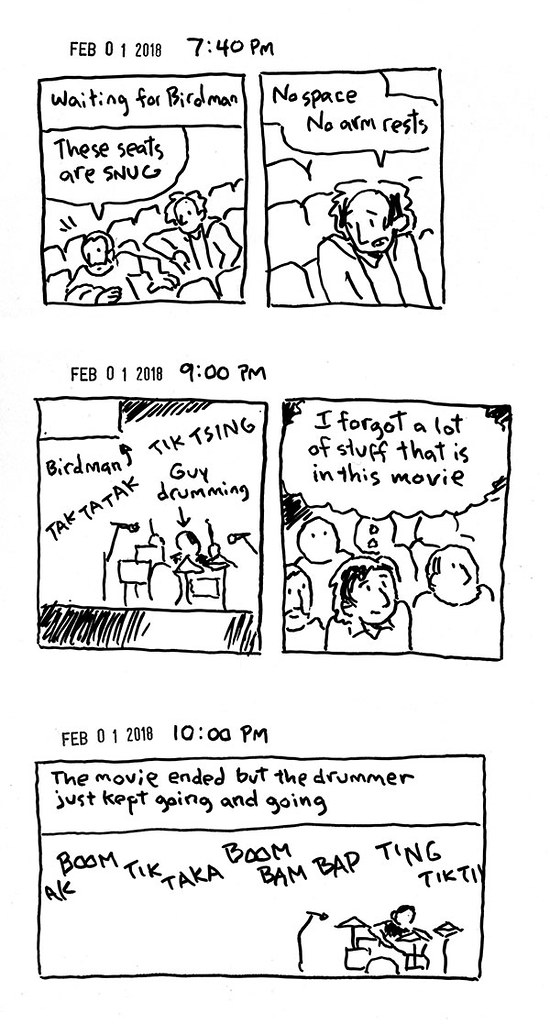 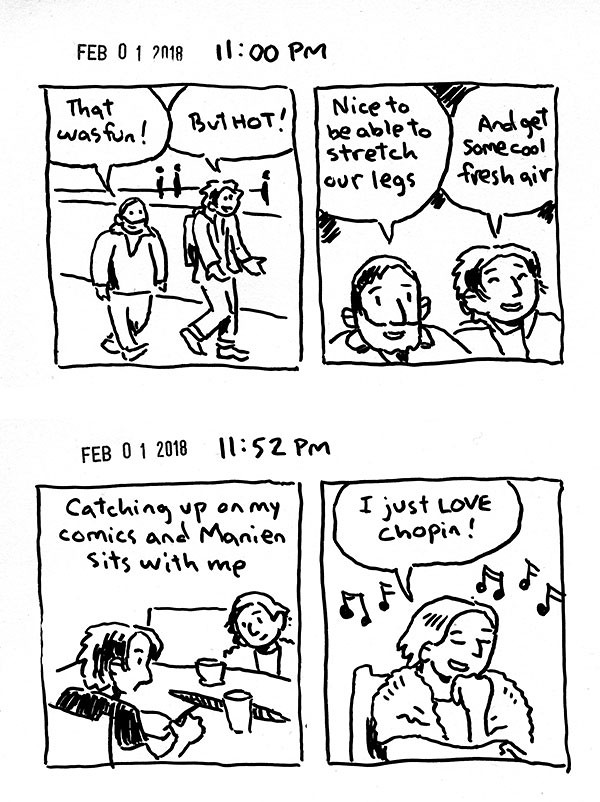 I realized I have just been posting drawings lately. Probably because that is all I have doing recently! Though I am very slowly getting rolling on my next comic, tentatively titled Questing. 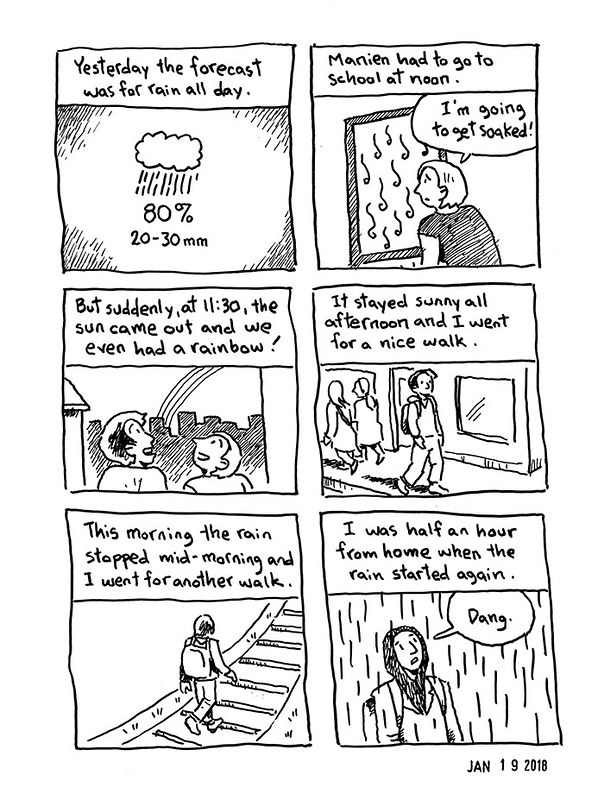 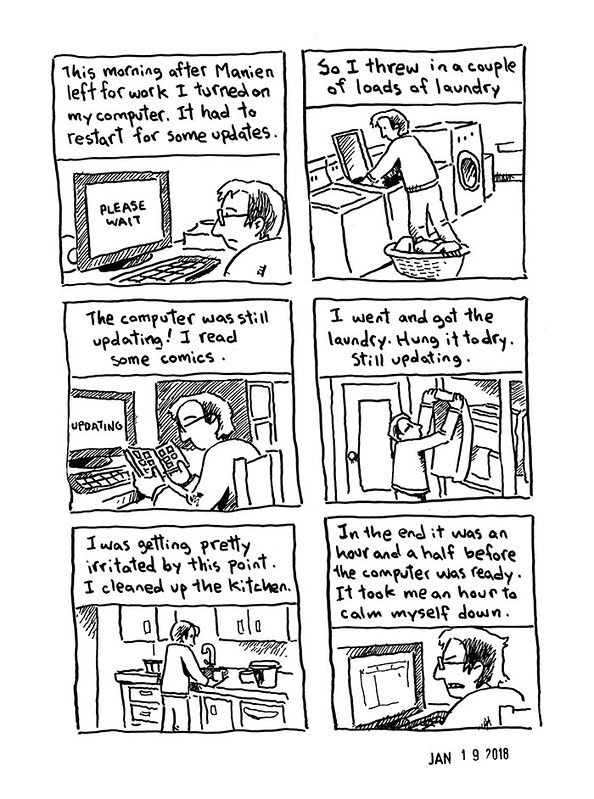