Year in Review? It seems like a long time ago that Fir Valley came out, but it was this year! And then all those glorious months of Twin Peaks. What a great year! Of course there was also a lot of shrieking and awfulness. All year long.

Regardless, here are some drawings I have done in the past month.

Manien and I were visiting her sister’s family and there was a waltz playing. Manien’s niece was trying to identify the composer, and accidentally mashed up Strauss and Waltz so it came out Schmaltz, which became… 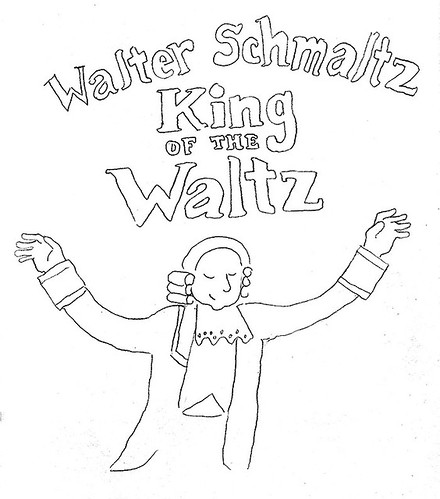 Then I drew Strauss, because he had great hair. 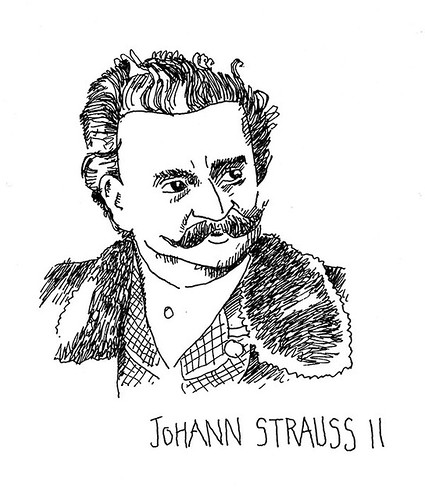 Some men with hats from an old photo. 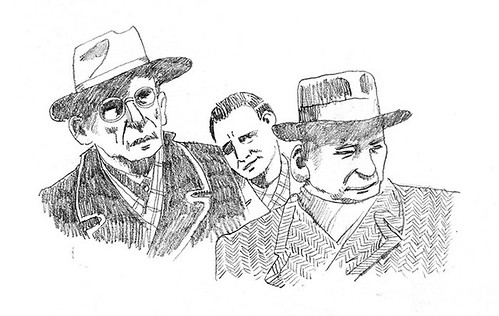 And a father daughter beret team. 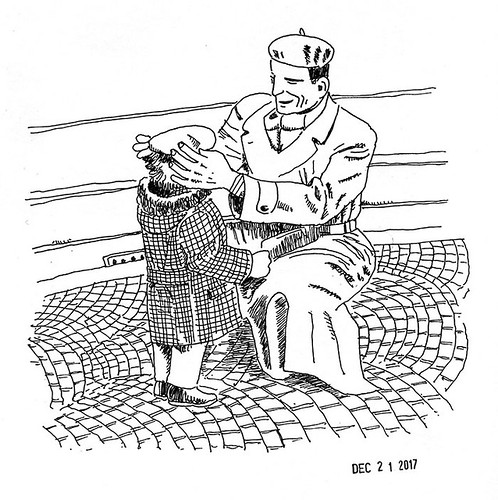 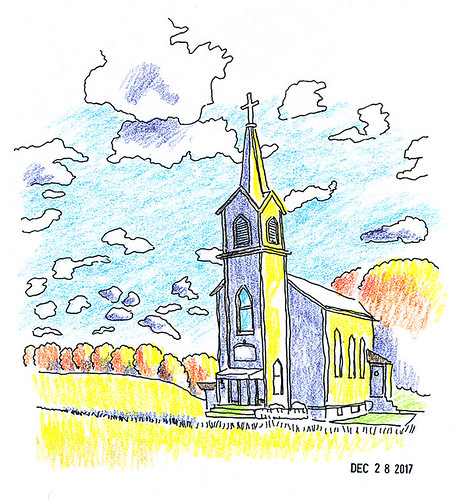 I have been on a bit of Clash kick recently, watching documentaries about them and such. Drew this from a photo. Kind of botched poor Mick Jones’ face. 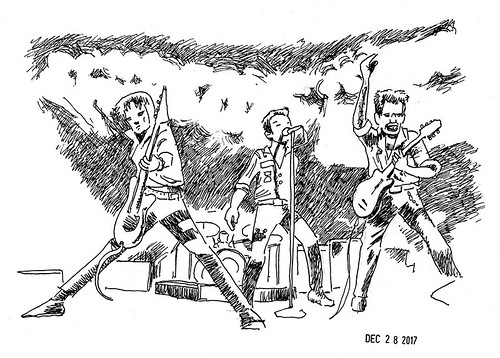 The rest of the country was in a deep freeze over the holidays, while Vancouver was its mild and rainy self. I thought I would draw some Arctic explorers, in sympathy for everyone dealing with the cold. 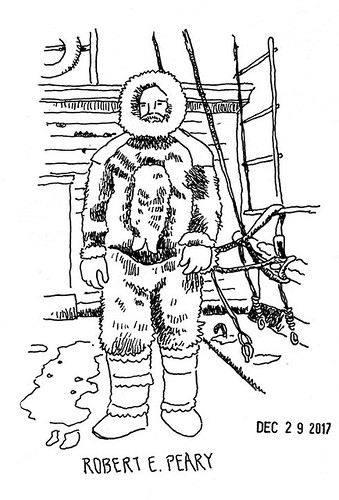 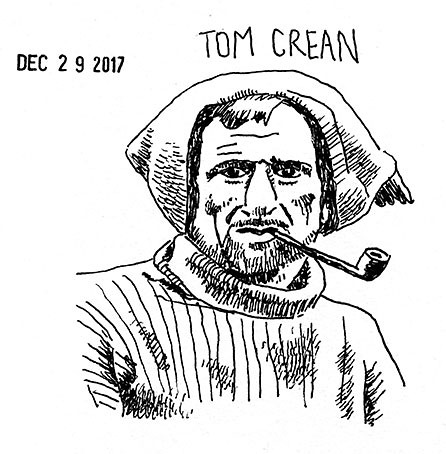 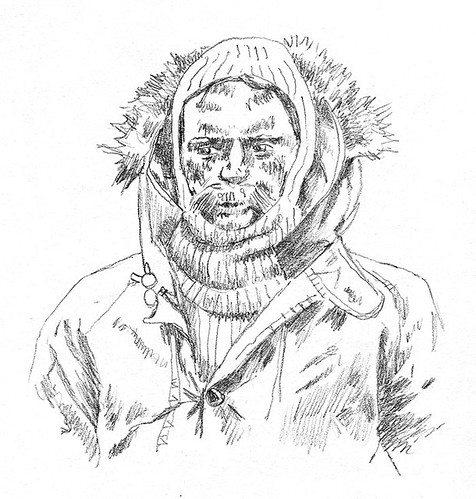