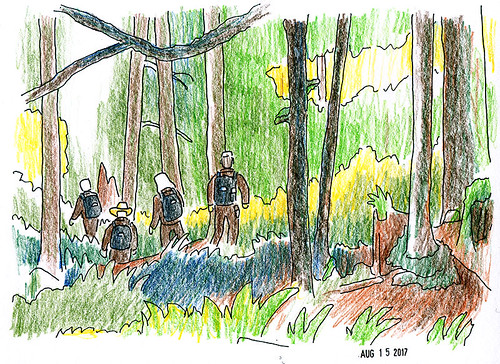 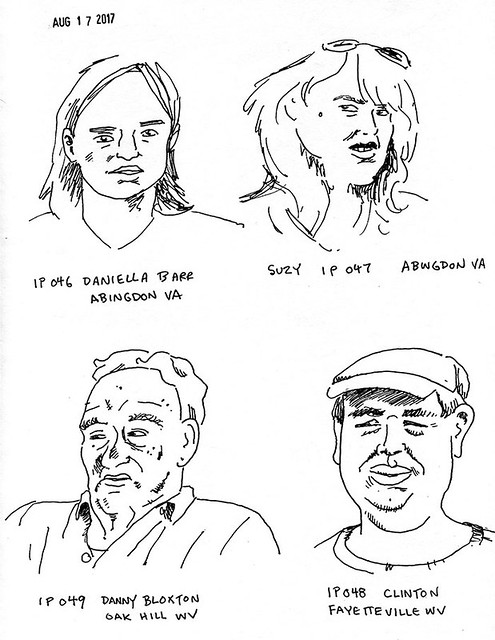 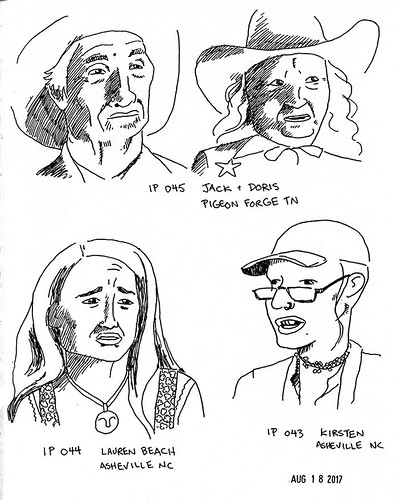 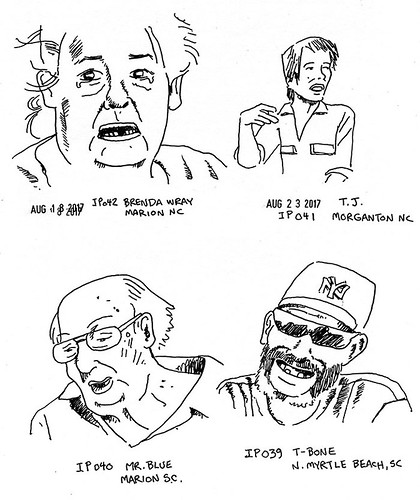 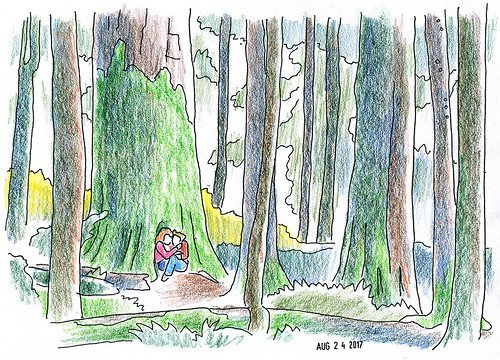 I have been avoiding doing drawings of the new season of Twin Peaks for the sake of not spoiling it for others (because I would have to post them!). There was one scene that I did feel like drawing though, and then last night I saw a twitter user who had exactly that scene as their header image, so I did a quick drawing last night and a longer drawing today. It was hard to try to capture the dusty washed out vibe with pencil crayons.

I spent a week with my brother and his family, on Vancouver Island, Galiano, and in Vancouver. It was fun to hang out with them and to goof around with the kids. One day at the cabin on Galiano the kids were into having me draw characters they made up on the spot. Here are a couple of them… 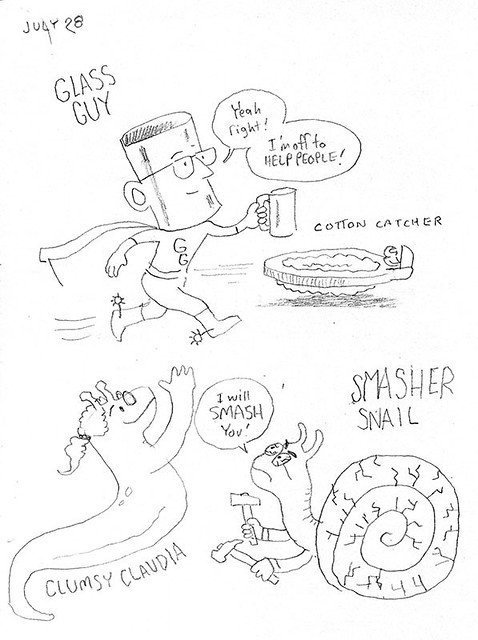 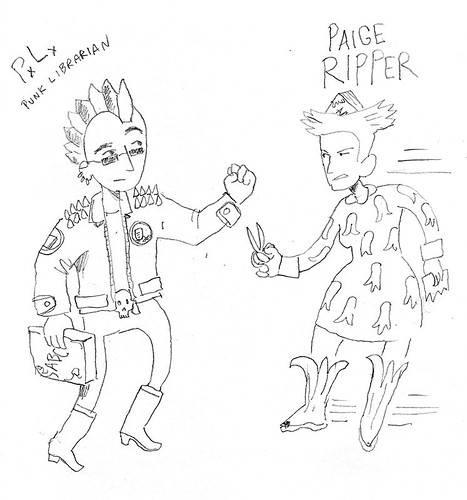