Here is another comic that will be in my Crying issue of Vinegar. It features a conversation between Duncan Trussell and Pete Holmes from the You Made It Weird podcast, episode 295. Get into it.

I am making some progress on the Crying comic, and have another batch of cat comics ready to ink. How is April almost over? Here is a comic adapted from an episode of an episode of the You Made It Weird podcast, featuring Frightened Rabbit’s Scott Hutchison.

Spring is springing in Vancouver. Leaves a-poppin’. Blossoms a-blossin’. Manien in her gardens. Birds getting excitable.

I have been drawing away. Some cat comics. Getting moving on my Crying issue of Vinegar. Yes I’m doing it (Is anyone going to want to read this thing?) . Here are a few pages of tears, and a couple of off brand cat comics.

And why not another Blue-per Planet for good measure?

Once I finish the few cat comics I have ready to ink I will have 11 pages I think, which makes me feel good, puts me on a good track for having a book of cat comics for VanCAF in May. Also there is an issue of Vinegar I just need to finish up. I will likely indulge myself and collect the Blue-per Planet comics too. And besides the funny stuff there is the Vinegar I want to pull together about all the stuff that makes me cry. The problem with that one is that I start crying when I try to draw them! I have also been having some lovely horrible dental encounters this month and am tempted to try to pull them into a book of some kind. So that should keep me out of trouble for the next few months.

I like to put titles on everything, but I’m not sure all these cat comics need titles. Also I need to get a new date stamper! It is almost March!

I finally finished a sketchbook. Those last few pages always seem to take forever. I did my traditional self-portrait as the last drawing in the book. I had to do it from a photo, as we don’t seem to have any mirrors in our place that are convenient to draw in front of. 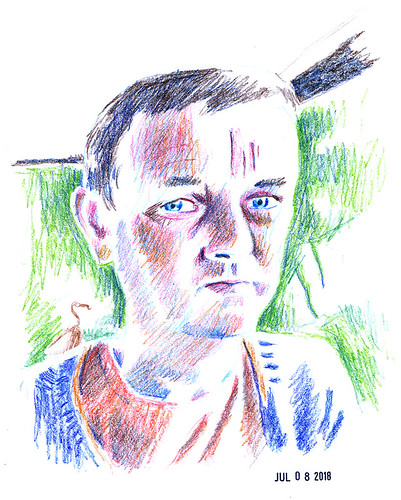 Here are a few of the last drawings I did in that sketchbook. From a photo by Enzo de Martino “Hard Times”. 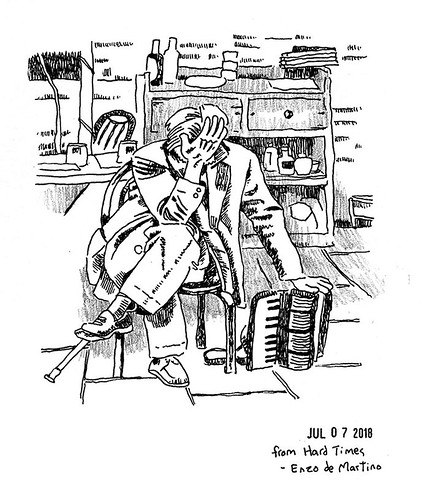 And a couple of drawings of cats. I have this project I am trying to figure out, featuring the cats that Manien and I watch from our balcony. One sketch, one ink test that I decided to colour. 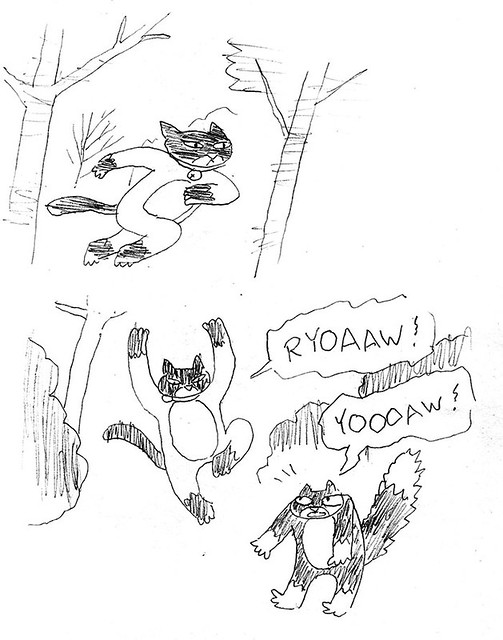 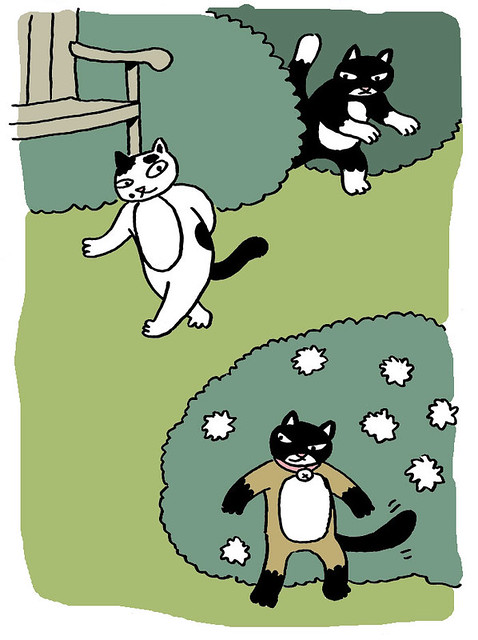 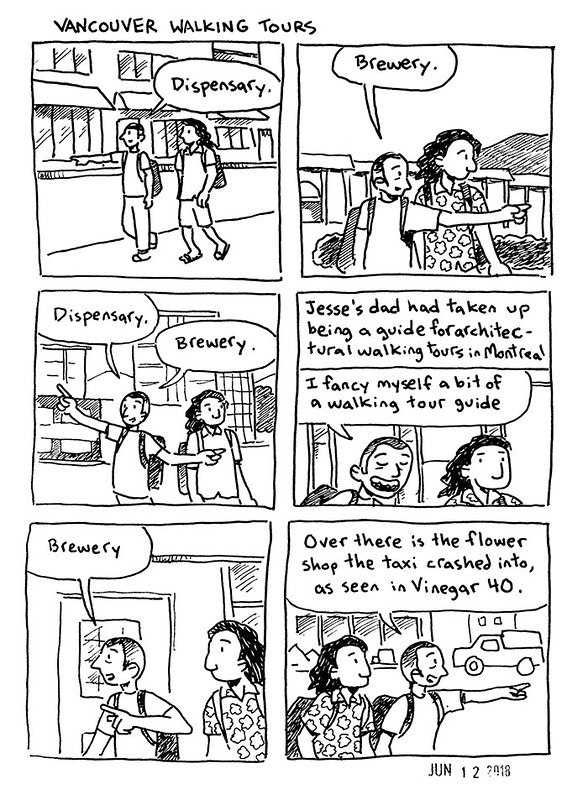 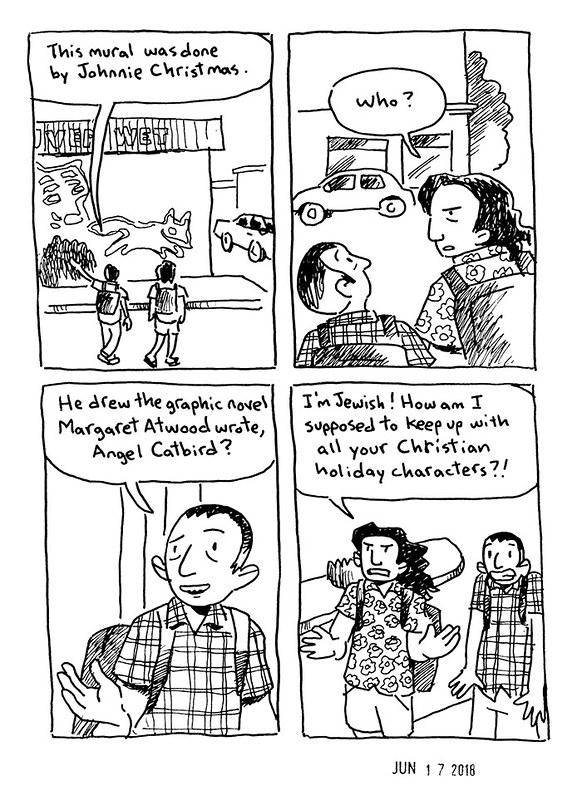 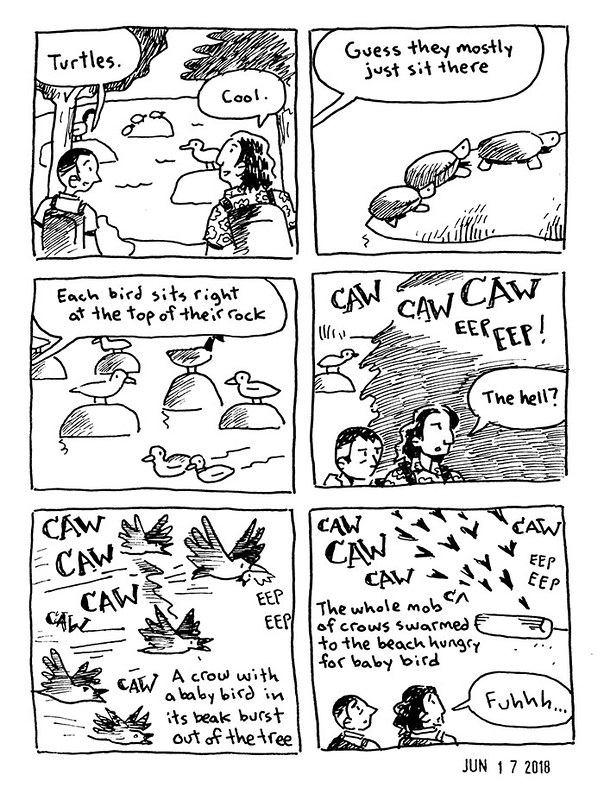 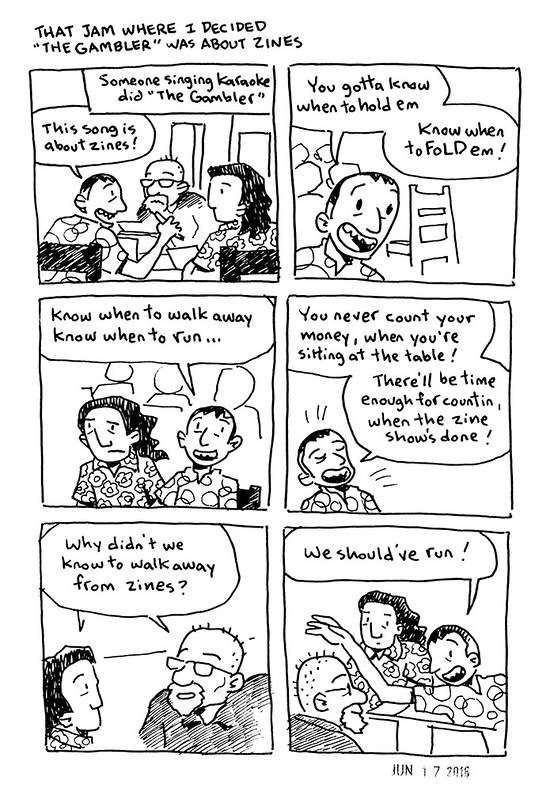 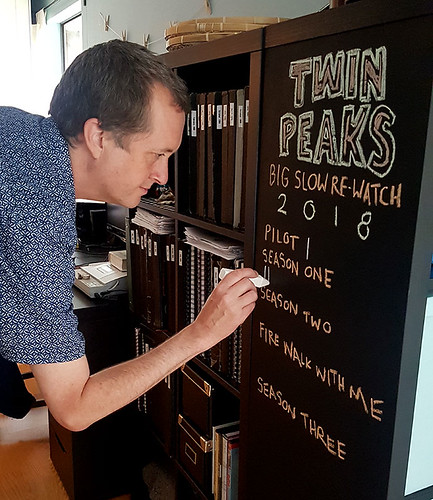 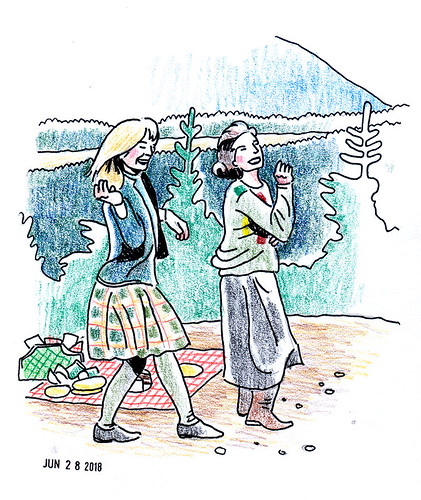 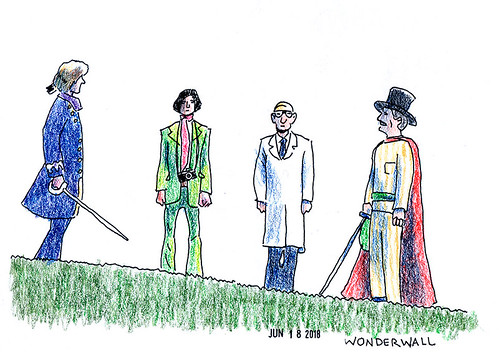 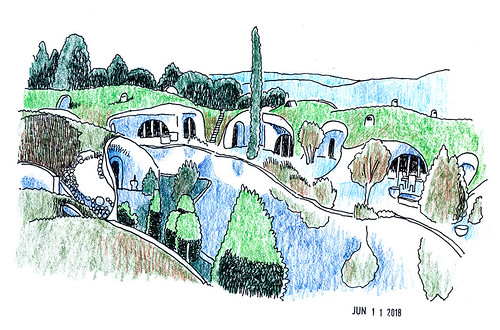 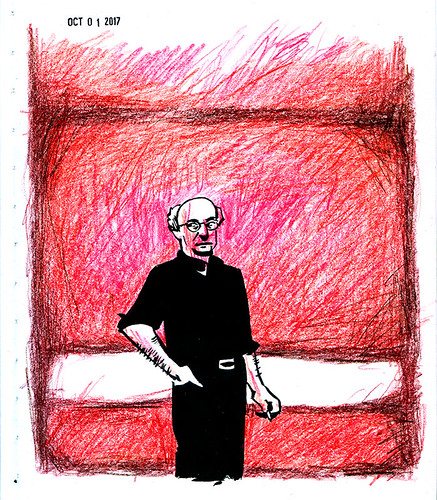 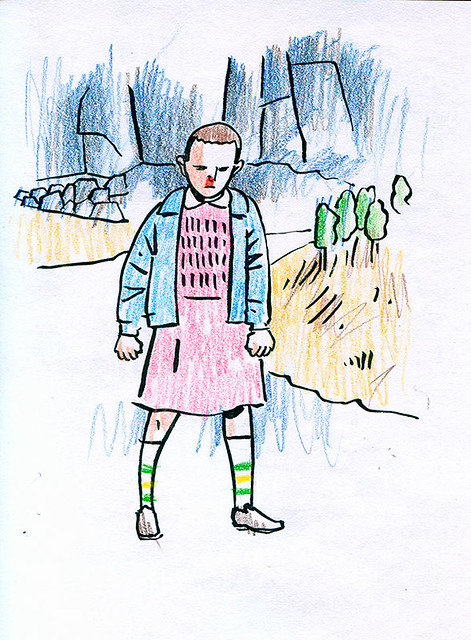 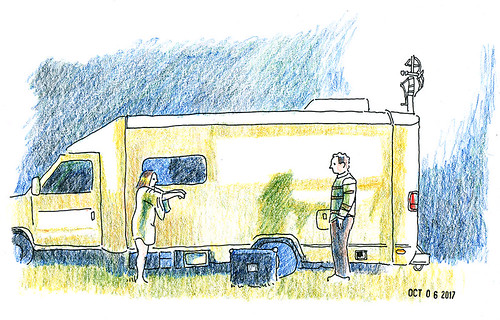 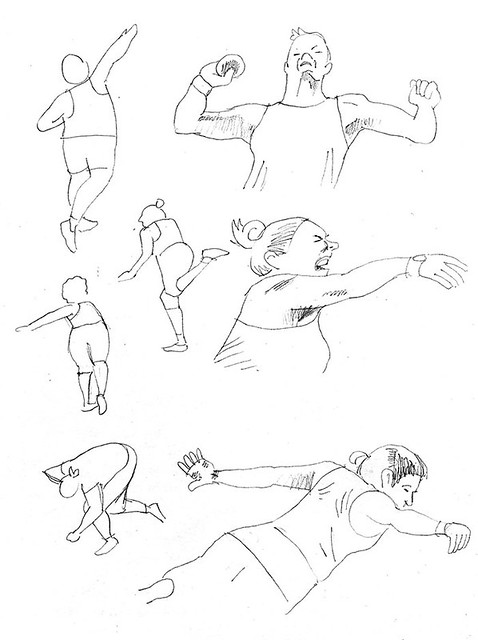 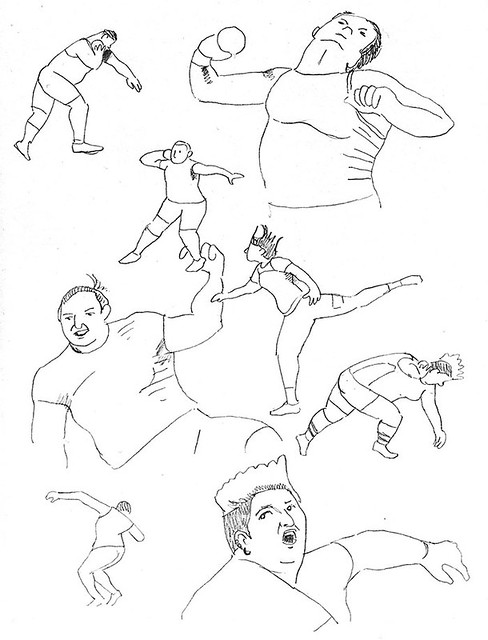 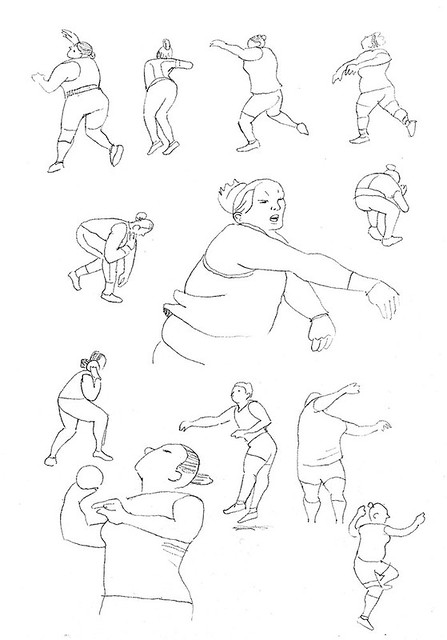 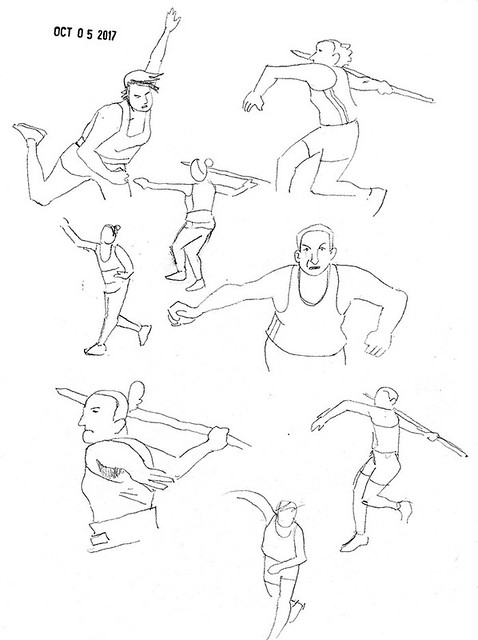 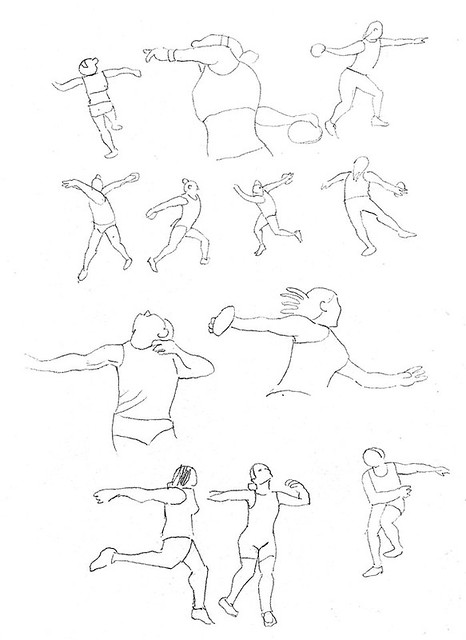 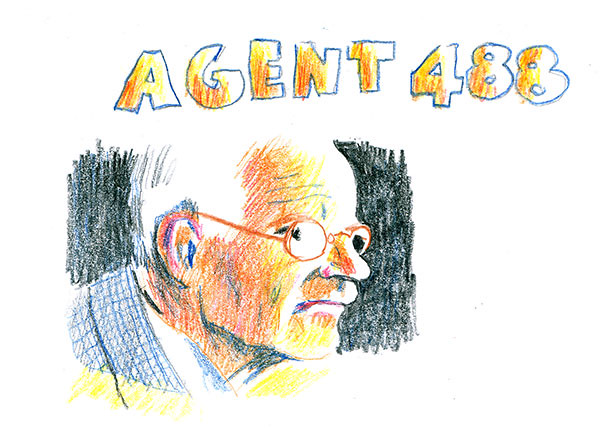 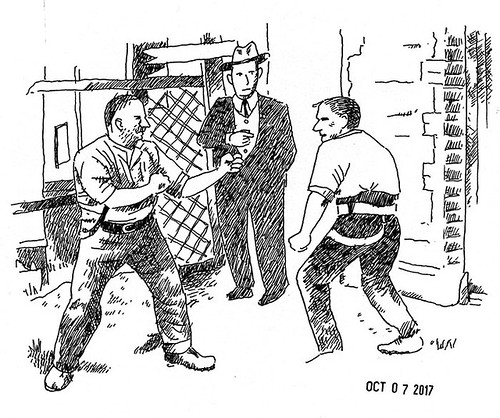 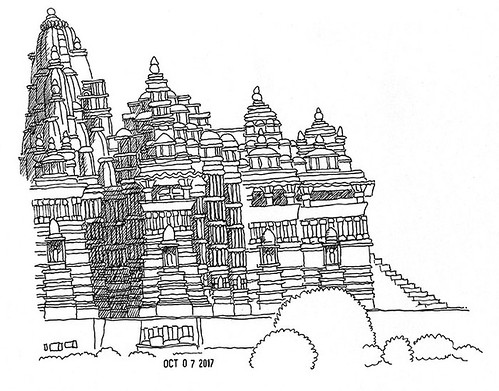 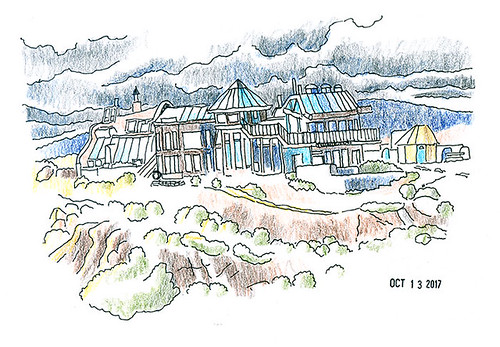 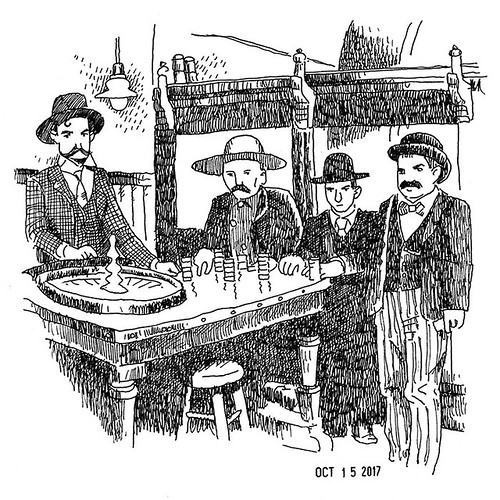